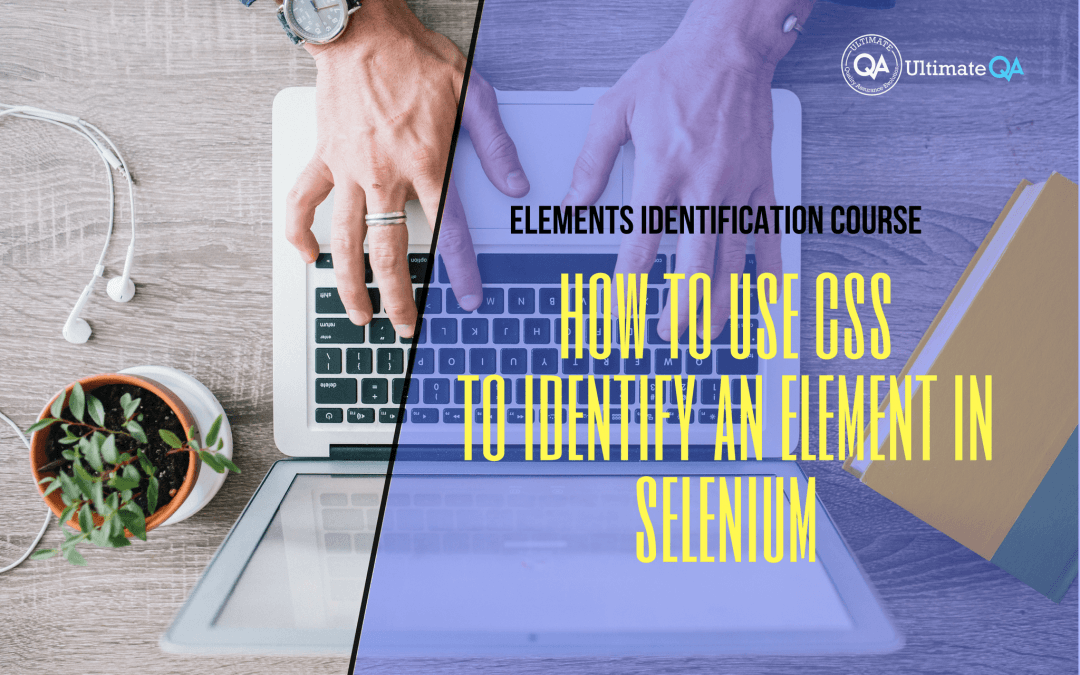 How to Use CSS to Identify an Element in Selenium

The next Selenium webdriver identifier that i want to talk about is the CSS selector which basically allows us to use CSS commands to navigate through the HTML.

Now, why the CSS selector is good is because it’s easier to write and it looks simpler. However, there are some problems with it is that it’s not available on some older browsers and maybe over a specific period of time in a few months maybe in a year that’s point will not even be relevant because those older browsers will hardly be in the picture.

But that is one of the cons and therefore usually there is a competition between CSS and XPath.

Right people are like oh are you CSS no use XPath you CSS XPath whatever I think it doesn’t really matter which one you use. I prefer XPath because first of all it is available in all browsers and the conventions are not as hard to learn for XPath as they are for CSS just because XPath is a little bit more intuitive with its conventions.

And also there are two resources that I want to point you to guys that you may want to make yourselves aware of.

So first there’s saucelabs.com/resources/selenium/css-selectors where they talk about identification using CSS. And they actually give you examples.

Right here is XPath here CSS XPath CSS.  XPath, CSS examples and they talk about it and then they actually claim that it’s faster.

But then there is another resource that I want to show you guys which is by Dave Hefner this guy is actually really cool I suggest you guys check him out I always read up his blog he provides a lot of solid content and he actually did a test to compare the speed of CSS versus XPath and he compared it on different browsers see how they compare and he actually said that XPath is actually faster than CSS.

And there are a few other differences but I actually trust them and even if CSS is faster the next PATH the differences are so negligible that I don’t think it really matters.

So I am not going to focus on CSS so much for you guys because I think it’s less relevant than XPath but if you want to learn more like I said there’s this CSS tutorial from sauce labs which is excellent and they can help you guys learn it but we’re going to freely focus on XPath and learn on dominating XPath so that you guys can be awesome at identifying elements.

Well, either way, let me quickly show you what a CSS identifier would look like.

So if we were hovering over this button, you guys see up here that this is an XPath example, this string right here that’s an XPath I can switch it to CSS and then I can hover over it again.

There you go and that’s a CSS example. Let me hover over this button. See that?  See how it’s a little bit different just like hash tag ID example or like this doc a button class example so I actually clicked on that one or something like this which to me is very confusing but those are the identifiers and that’s how it looks.

Let’s try to use it in Selenium webdriver so first I want to bring your attention to this button over here right I’m going to hover over it and this is the CSS that is provided to me by Firebug this value right here.

Therefore, we cannot use it so rather than teaching you a CSS way of identifying this we will learn to identify this using XPath.

In the next tutorial, we will cover how to use absolute Xpath to identify an element in Selenium Webdriver.