How Do APIs as a Service Work? 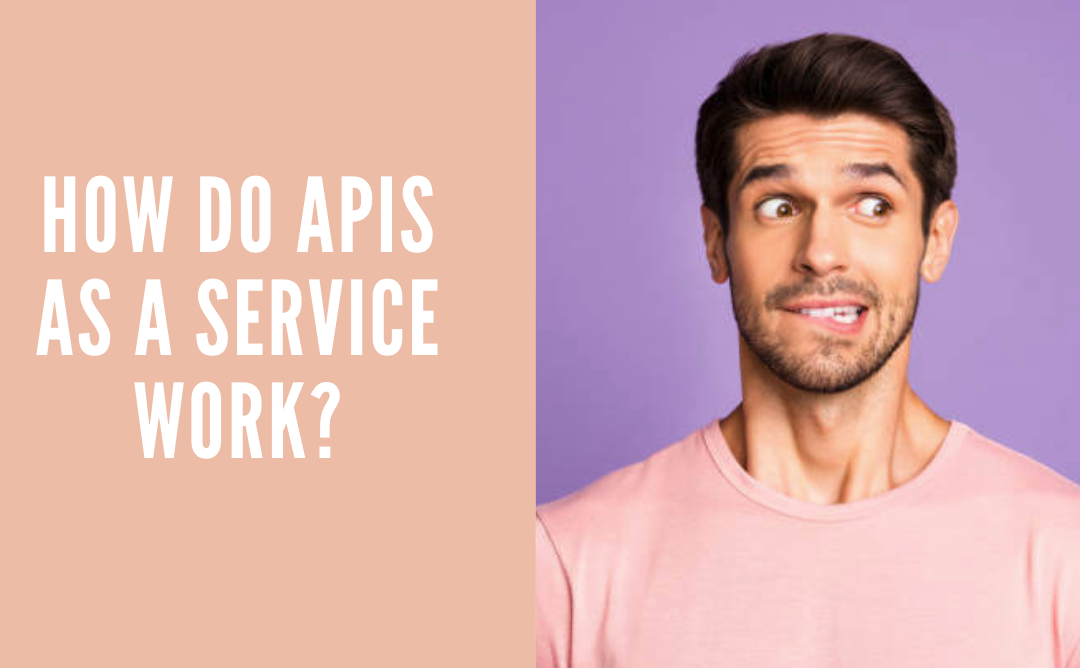 Those who are new to the world of application programming interfaces, or APIs, may still have an abstract understanding of how they work. To be fair, figuring out how an API is made and what it’s capable of isn’t as easy as for a physical product. It isn’t so easy to explain, either, and some developers have a difficult time putting their API-related work in layman’s terms. But people like junior developers, tech managers, and the product’s end users should have some working knowledge about the nature of the product.

One concept that should be made clear to everybody—regardless of their role in the API’s design, implementation, and usage—is APIs as a service. This will better everyone’s understanding of how APIs, and the services that comprise them, can work in perfect sync with each other.

Here’s everything you should know about this term, as well as how it affects the acquisition and consumption of API products. This knowledge should also help orient you on the design process for an API as a service, using a tool like the Stoplight OpenAPI editor.

What Are the Key Principles behind APIs as a Service?

An API is essentially a software intermediary that permits two different applications to communicate with one another. One must not conceive an API to be a single, amorphous, or monolithic entity. Rather, it’s made up of a whole set of descriptions for how one piece of software interacts with another. That interaction with another system can be for the retrieval of data, or for the purpose of changing it. The term “API service” refers to how a piece of software accesses a functionality from a server or third party, otherwise known as its backend.

This perspective on APIs—that they comprise separate services—is particularly important for envisioning microservice architecture. This is a software architectural style in which components are built as small, separate container units, and not as part of one monolithic, siloed-off application. Constructing APIs via microservice architecture is very much like building a toy house out of small Lego blocks. In many ways, having smaller blocks makes it easier to configure the house to be exactly the way you want it to be. It’s also easier to dismantle certain parts of the house and rework new blocks without the whole thing crumbling down.

The same rationale can be applied to modifying, debugging, and adding on microservices for an API. It’s not as difficult to isolate elements causing issues, make small-scale modifications on them, and reuse them later on. Again, this is key in the construction of an API as a service, which is truly the sum of all its parts.

What is an API as a Service Meant to Do?

An API as a service essentially conforms to the software-as-a-service (SaaS) model. In this paradigm, just like a SaaS would, the API acts as a software platform that allows its users to access third-party APIs. Such a platform also lets users manage custom APIs, and either use these APIs individually or in tandem with one another.

Those looking for an API as a service want it to do the same thing as any other SaaS: provide solutions to make life easier. An API as a service can streamline vital business functions like managing customer data and payments—all while managing different APIs at the same time. The same service can also handle processes like API documentation. It may be able to auto-generate API endpoints based on its tracking of the code deployed on the platform.

Two things make the magic of an API as a service possible. One is the fact that it’s made out of services that can be built, tested, modified, removed, or replicated independently. The other is its ability to sync applications and make them work seamlessly with each other. It’s no wonder that IT industry leaders have hailed this product to be part of the next big wave of SaaS.

Making the Best Out of an API as a Service

A lot of thorough design work is put into a software platform that essentially acts as the glue holding together a whole ecosystem of APIs. Luckily, API technology has evolved over the decade. It’s now possible to fashion extensible, efficient services on hosted tool suites like that of Stoplight. Everything from microservice architecture to documentation can be extra attention and care on these tools.

For evidence on just how important they are to modern business, one need only look at today’s rising stars of APIs as a service. These include brands like Boomi, Stripe, Segment, and Plaid. When their technology and architectural approach puts APIs first, the local businesses that use them win the biggest.

Hopefully, this information has helped you conceptualize how APIs are made and just how useful they can be when they’re working in tandem. Here’s to technologies like APIs as a service, and a new renaissance for those willing to take a chance on them.