How to Create Automated Atomic Tests in Automation 💥​ 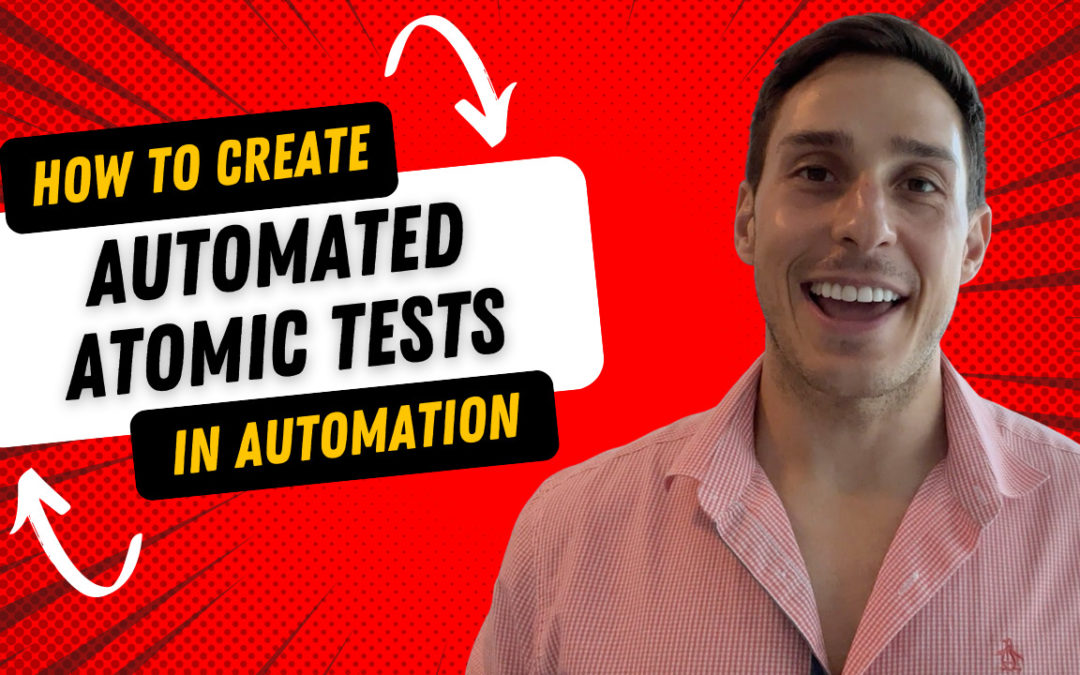 How to Create Automated Atomic Tests in Automation 💥

There are several advantages to automating your testing process. First and foremost, automation saves time by allowing developers to focus on writing code instead of constantly testing it for defects. Second, automation allows you ensuring that new features work as expected without having to wait for manual QA tests to run on every build. Finally, automation saves money by reducing the number of testers needed at peak times.

When we talk about Atomic Testing, the first thing that comes to mind is manual atomic testing. After all, who wants to test their application again and again? However, manual tests can be time-consuming and exhausting, especially if you have a very small team.

Atomic tests should be used when developing new features, fixing bugs, and verifying changes made to existing features. They should not contain any logic or output beyond simple verification of the stated goal.

In this video, we’ll show you how to set up and run an automated atomic test with Json web tokens and HTML web form. We’ll also give you some tips on how to get the most out of your atomic tests.

Contents hide
1 How to Create Automated Atomic Tests in Automation 💥
2 You will learn:
3 Table of Contents:
4 Watch this TUTORIAL NOW! 👇
5 If you liked this new tutorial then you might be interested in Automation Best Practices with JavaScript
6 Related:
6.1 Related