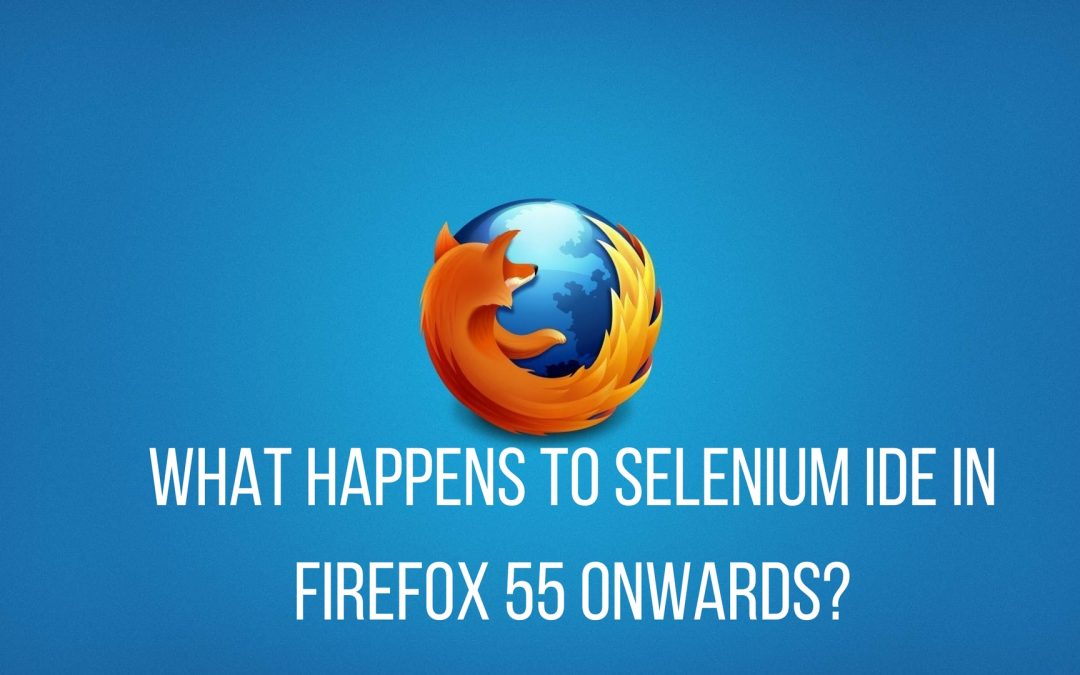 Software developers rely on an Integrated Development Environment (IDE). It is a software that combines all the tools that developers may require to write and test code. It usually consists of a source code editor, a compiler and a debugger, all contained in a Graphical User Interface (GUI).

Firefox extensions implants Selenium IDE, an Integrated Development Environment for Selenium tests. Selenium tests are frameworks. Testers used them to test software for web applications without necessarily learning the transcription language. Firefox creators founded it in 2004 and since then it has some major updates to date.

What happens to Selenium IDE in Firefox 55 onwards?

As we all know, change is the only permanent thing in life. Firefox, just like all other applications has undergone some updates to solve minor bugs and fixes and to improve the interface. The updates in the latest Firefox 55 were however so major that they affected the compatibility of the application with the Selenium IDE.

[Tweet “What happens to Selenium IDE in Firefox 55 and onwards? “]

This news came as a sharp blow to many to the global tester community since software testers used this as the main tool for automated testing.

Changes in Firefox 55 and How They Affected Selenium IDE

One of the updates to Firefox 55 was the introduction of the use of extensions as opposed to the existing XUL or XPCOM based add-ons. Firefox users use extensions to extend and modify the capabilities of a browser. Firefox developers build these extensions using the WebExtensions API. However, Selenium IDE does not base on web extensions. As a result, Firefox 55 could not support it as well.

The new update made it possible for software developers to hide columns within the Network monitor, to support the HTTP header and to filter network requests. Hiding the columns is important to developers who aim to format the sheet. Hence, it displays only the relevant information. The HTML header is important as it displays information such as the page, links to CSS and other metadata.

With the new update came the new APIs. Software applications use them to access the data of an operating system or application. It is an interface that allows the software to access any other information that may be necessary. Firefox 55 incorporates the use of The Background Tasks API which programs tasks they execute when the browser detects some free time. The Intersection Observer API was also incorporated to observe any changes.

There were also some improvements in the JavaScript to fix some bugs. It now support the object operator (…) in object deconstructing. It also enables the Shared Array Buffer and Atomics objects. The Intl API now uses the browser’s default locale as opposed to the operating system’s default locale, most especially when no locale setting is provided.

There are many more changes that have been implemented in the latest versions of Firefox. It may be difficult to grasp all of them at a go; hence, software developers are encouraged to provide any useful insights that may help others.