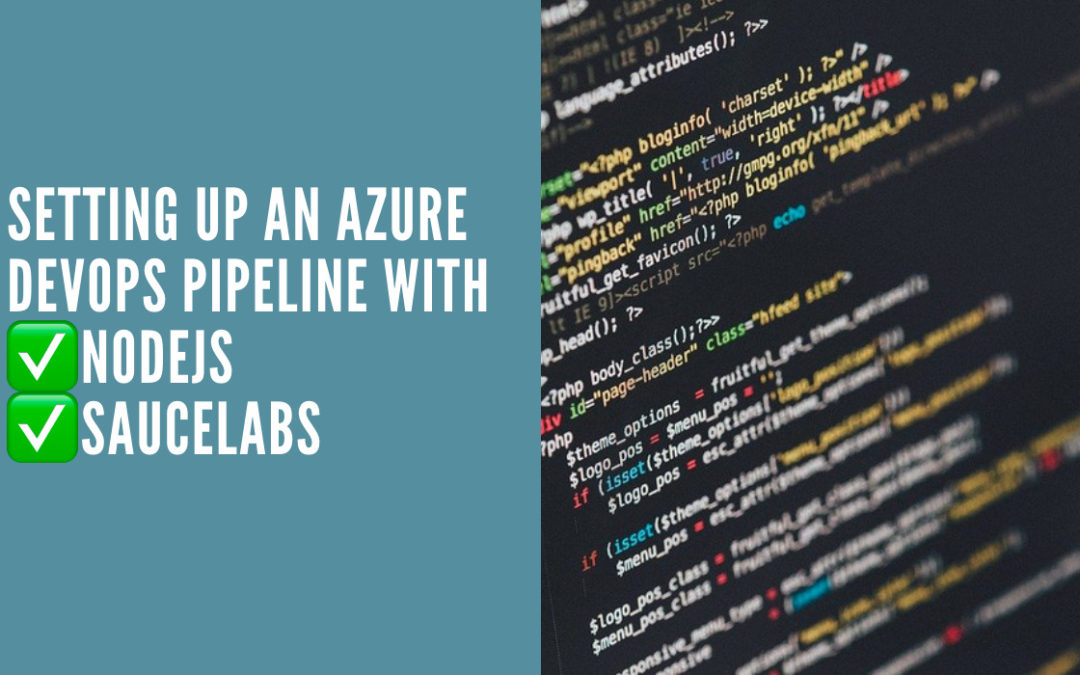 In this article we tackle all of the common challenges encountered when trying to do continuous integration with Azure DevOps aka VSTS aka TFS. Some critical topics that are tackled here are:

By the way, if you aren’t aware, TFS, VSTS and Azure DevOps are all technically the same solution. Over several years, Microsoft did a lot of rebranding that created the confusion between all of these products. Hence it went from TFS to VSTS to Azure DevOps relatively quickly. Causing lots of confusion. The latest version is called Azure DevOps. I hope that it stays with this name for the foreseeable future 🙏

In this section, we will cover automated testing pipelines in Azure Pipelines.

What if you want to run different suites in your Azure pipeline so that you have a gated release. For example, you should be trying to run unit tests first, followed by integration tests, followed by acceptance tests. In that case, you need the ability to filter.

By default, Azure DevOps will attempt to run all of your tests in your solution. Regardless of whether you are using NUnit or MsTest or something weird like XUnit (although I never tried with this and wouldn’t)

I couldn’t get searchFolder to filter out directories

In order to be able to have a staged test execution in our continuous integration pipeline, we need to be able to filter our tests. I have 100s of tests in this repo but I would only like to run the tests that have [Category(“BestPractices”)] from Nunit.

Furthermore, I would like to exclude all of the performance tests, even though they are also categorized as “BestPractices”. As a result, the configuration of our Azure DevOps task looks like this.

And here is what the same exact thing looks like in a .yml

Sauce Labs is an extremely popular service for performing 360 degree testing in the cloud. Let’s talk about how to set it up to work with Azure DevOps.

If this is your first time working with Azure DevOps, be sure to read how to Create your first pipeline from MS

Furthermore, you should also understand how to use environment variables in Azure DevOps.

Now we need to add some environment variables to Azure DevOps.

2. The source code should reference environment variables like this

3. Read values from Azure variables in your .yml

I created these two variables in ADO

Here’s an example of displaying an environment variable

It’s not possible to view the videos and images of your Sauce Labs tests in Azure DevOps. Instead, we must navigate to saucelabs.com to see that information.

Azure DevOps will display that pass/fail information however.

Ensure that you have your environment variables stored in Azure DevOps.

How to set Sauce Labs environment variables in Azure DevOps with .NET Core?

These are instructions if you are working with .NET Core

2. Pass values from environment variables to variables in the source code

For this to work, you need to be reading values into environment variables exactly like this:

3. Configure .yml to read values from Azure pipelines and set them into system environment variables

Learn more about VSTS aka Azure DevOps logging commands. Check out this repo with a fully working example.

An excellent blog about environment variables in ADO

One way to set environment variables in Azure DevOps is to ##vso[task.setvariable

In the .yml, specify code that looks like this

The last 2 lines are the important ones. They state that we should set environment variable SAUCE_USERNAME with the value of $($env:SAUCE_USER). SAUCE_USER is a variable that was defined in Azure DevOps.

This is a more complicated approach than above.

2. Next, you will want to create a Powershell script that you attach to your solution. Here’s my solution layout.

Don’t forget to make sure to copy your Powershell script to output directory on build in your .csproj

Here is what you want in your Powershell script.

3. Create a Powershell task in your Pipeline

The Powershell script will read the values that are passed in from the Azure DevOps and then run those values through SetEnvironmentVariable() in the .ps1

When this task runs, I’m having it output the values to the Azure DevOps logs so that I can make sure the right values are being read. Here’s an example

How to read environment variables in Azure DevOps?

How to create environment variables to share across pipelines

If you would like to reuse environment variables across multiple pipelines, then you need to use variable groups. It’s important to know that if use “group”, then you now need to list your other variables in a key/value pairs.

Phenomenal resource that will walk you through the process.

This is a resource that helps you to understand how to work with Nuget in .NET Standard.

Set up a Service connection to Nuget in your project settings

How to publish the Nuget package

How to create scheduled builds

How to set up your test .dll paths

The hardest time I had was how to configure my paths for my automation .DLL files. It’s not intuitive to know what is the working directory of your code base.

Here are some examples of what’s worked for me:

Column A shows the local path. Column B shows how the path looks in Azure DevOps.

How to pass parameters to test code from a build or release pipeline?

A: Use a runsettings file to pass values as parameters to your test code. For example, in a release that contains several stages, you can pass the appropriate app URL to each the test tasks in each one. The runsettings file and matching parameters must be specified in the Visual Studio Test task.

How to add a status badge to your Github repo