How to Create Parallelization in Test Automation 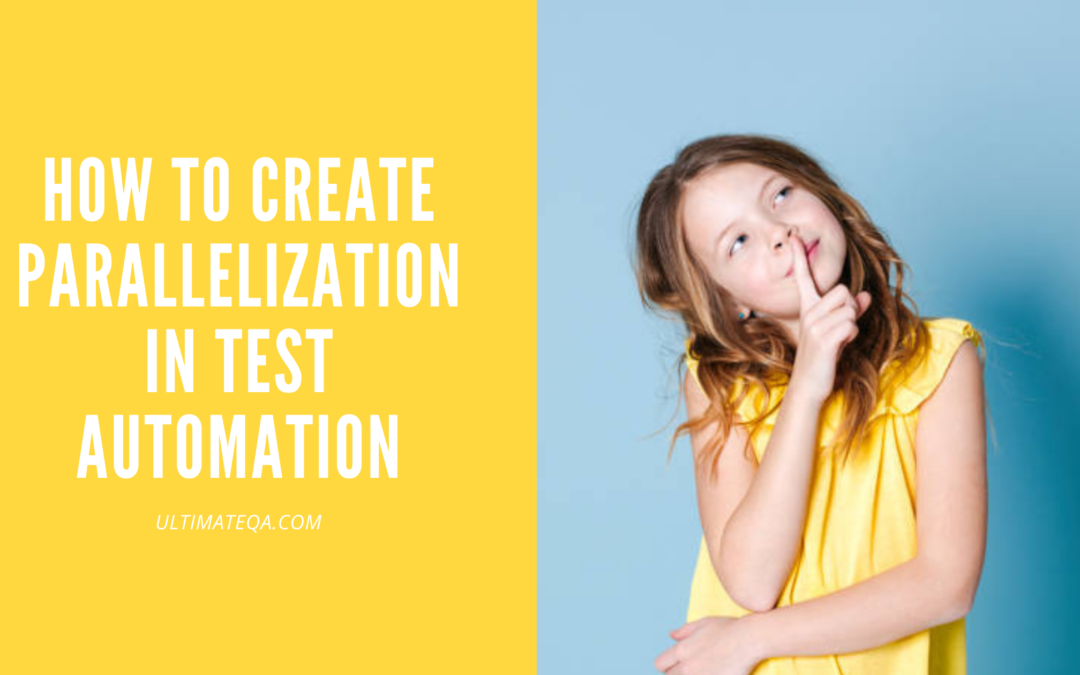 1. Tests must be atomic

Atomic tests are all about testing a single thing. They should be focused and will usually have one or two assertions. Ideally, you’ll want your test to be focused on examining a single feature.

In most cases, you should only be using a single assertion. There are exceptions where two assertions may be needed. Such as setting a state in the application before another feature can be tested. All atomic tests must also be very small for the sake of efficiency. They should fail fast and early to give focused and immediate feedback. It should take no longer than a minute to test features. In addition, testing single features will ensure that if a test does fail, you can still test other functionality. As such, it’s recommended that you pull out functionality that you want to test and pinpointing these areas.

However, testing mobile applications can be difficult due to a limited number of options. This contrasts the ease of testing web applications. But it’s still important to work with developers to create tools that can be used to control the state of the application for testing purposes.

Correctly managing test data ensures that each test case is unique and doesn’t rely on hard-coded data. While there are some cases where this is unavoidable. It’s important to think of alternate solutions to hard coding test data. An example of this would be running two tests with one modifying the state of the application. This creates problems since the second test would be expecting something that the first test modified.

Unfortunately, there aren’t always elegant solutions to achieve this. One alternative is to use just-in-time test data management that involves creating and destroying test data at runtime. This would be similar to using something like an API to create your user, providing whatever attributes that user needs. Then using your UI to perform the operations with that user before removing them from memory at the end.

An approach like this creates fewer problems because each test case is unique. Other test cases won’t rely on the same user existing. It means that changing the state of the application will not invalidate other tests.

3. Tests must be autonomous

Autonomous tests are described as self-contained and isolated, meaning that one test should not rely on the outcome of another. If one was to fail, it would fail another test. Linking tests together like this could involve repeating the previous test step, resulting in slower execution. A test might fail not because there was a bug in the application, but simply because a previous test failed.

Linking tests together in this manner can be a trap that many testers fall into. Unfortunately, it creates a number of problems for parallelization. Execute the tests in a particular sequence. For instance, a checkout scenario for a web store might involve creating a login test that executes before a search test. By isolating these tests, it’s possible to avoid unexpected test scenarios.

While this isn’t as common in today’s testing practices, it’s worth mentioning due to its importance in parallelizing test automation. Once all of your tests are isolated, it eliminates the dependency on previous tests. They can run out of sequence without interruption.

You can get started with parallelization using .NET here

You can get started with parallelization using Java here

The use of static keywords can be a double-edged sword. But it’s easy to avoid once you are aware of what they are and their disadvantages. Static keywords in object-oriented programming tell the program to allocate memory for a particular variable throughout the life of the program. This means that it cannot be altered and remains static. While this usually isn’t a program for single tests, it starts to create issues when you run multiple tests in parallel.

A great example of this is when creating a WebDriver. When a static keyword is used in the context of creating a WebDriver, it creates a single instance of the driver in memory. When you start running ten tests in parallel, one of them will use the exact driver to open a page. The other one will try to click on an element. And another one will try to type in a field. All of them will be using the same exact driver. As a result, strange things will begin to happen and cause a number of oddities in your tests.

A single misplaced static keyword can destroy efforts to achieve parallelization in test automation. While there are exceptions to this rule, it’s a good rule of thumb to avoid static keywords.

Let’s put all this to the test with some real implementations!

In the tutorial below, you will learn exactly how to execute Selenium automation in parallel with TestNg, JUnit 4, JUnit 5.

Parallel testing is an essential component of fast and efficient testing. Executing tests in parallel can be challenging, especially if you’re not aware of the best practices to take advantage of. It involves making your tests atomic. Ensure that your test data manages correctly. Making them self-contained, and ensuring that you avoid static keywords. If you stick to these four basic principles, you’ll have a much easier time making your tests fast and accurate when executing Parallelization in Test Automation.