Why everyone needs to learn how to code? 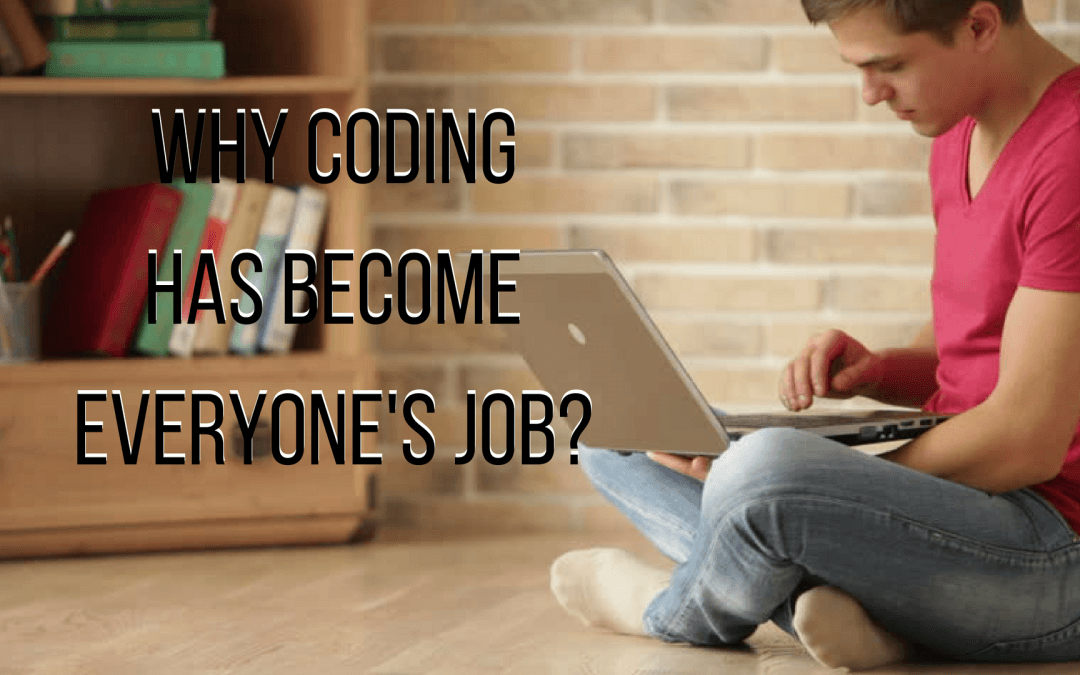 A 2016 Gallup survey reveals that 76% of K-12 principals and 88% of high school principals offer some type of CS learning opportunity to students, be it through a class or club.

And, 40% of principals have at least one coding class available for students, which is 25% more than the year before. What this goes to show is that there is more focus on teaching students how to code. Does this mean everyone will need to learn how to code?

Or that next generation’s workforce will need to list coding on their resumes in order to get their foot in the door? Or are we already at that point, as more jobs are becoming automated? Read on to find out!

We Live in a World Inundated by Technology

Coding, along with the STEM program, have become a main priority over the past several years. Former President Obama was a big advocate of kids learning how to code, pushing his “Computer Science for All Initiative.”

And, with good reason. We are becoming inundated and dependent on technology. According to Pew Research, 90% of smartphone owners use their phone for directions. (The days of the Thomas guide are long gone.)

Plus, a 2014 Pew Research poll reveals that 84% of American households have a computer. (Given how much we rely on technology, we can assume this figure will rise if it hasn’t already.)

So, what happens when the computer crashes? Or that phone breaks? You see, this is where some coding know-how comes in handy; much like changing your oil or switching out a flat tire, professional and amateur coders can conduct basic tests and run programs to fix the problem. Or, at least, cut the time IT needs to solve it.

But Does Everyone Have to be a Pro at Coding?

Just because automation is becoming more mainstream does not mean you have to jump on the coding bandwagon and become an expert. Yes, knowing some coding basics can help.

But, leaving behind your singing, writing, teaching, non-coding or non-tech career in favor of job security vis a vis tech employment may do more harm than good. Society on an economical and humanistic level needs a wide range of talent.

Rise of Automation Leads to Confusion

If anything, we are confused about the rise in automation; more than two-thirds of Americans think robots will perform a majority of the work, however, 80% doesn’t believe their current employment will be affected. Will it? Won’t it?

The truth is, some jobs, like those in the fast food and finance industries, will be affected. However, others won’t. While economists can make their speculations, we won’t know for sure how many jobs will become fully automated, what jobs will partially be, and which ones won’t.

Final Thoughts: Learning How to Code

[Tweet “The Rise of #Automation: Why #Coding Is Becoming a Job for Everyone”]

Let’s face it, whether you want to be a coding pro or just want to know the basics, learning how to code can only be a benefit.

Don’t be afraid to start reading up on tech information like cybersecurity, app development, and .NET Core vs .NET Framework: Choosing a Runtime & How to Port. Also, there are a number of online coding resources you can take advantage of—such as these blogs or this massive list with a ton of great resources.

Lastly, as far as the future of automation and jobs goes, know we have been here before. Take the Industrial Revolution, for instance, which lead to more urbanization, and less jobs in rural areas (but more jobs in the city).

What are your thoughts about coding and automation? Do you want to learn how to code? Do you think everyone needs to learn how to? Leave a comment below.

Contents hide
1 We Live in a World Inundated by Technology
2 But Does Everyone Have to be a Pro at Coding?
3 Rise of Automation Leads to Confusion
4 Final Thoughts: Learning How to Code
4.1 Related