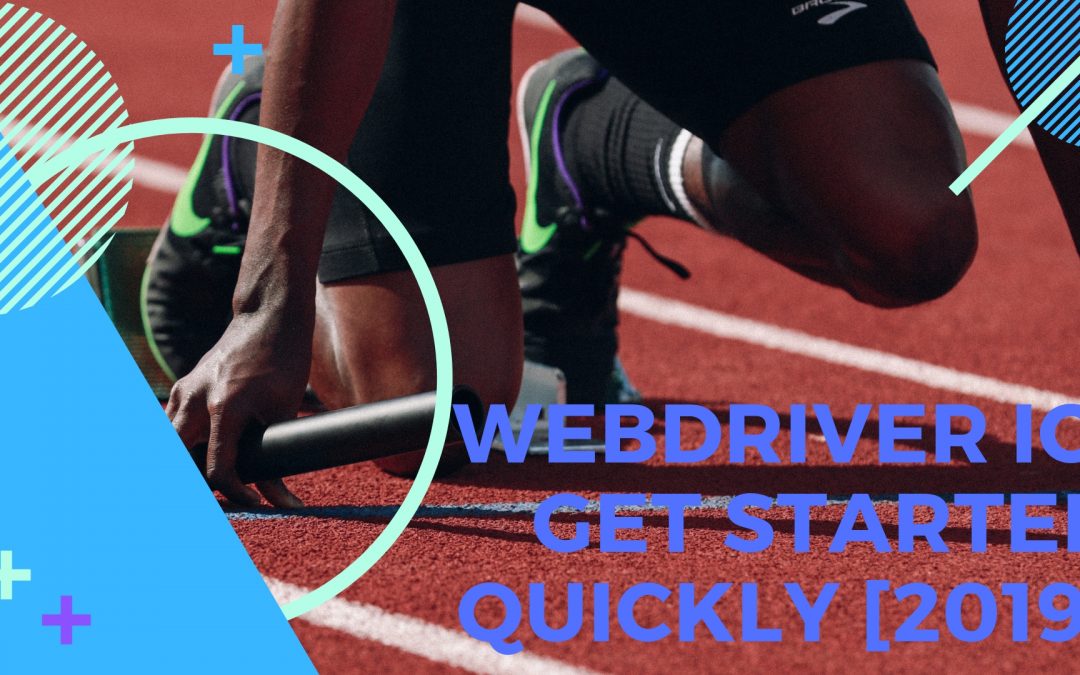 Webdriver IO is a Node.js automation framework that uses WebDriver W3C protocol for web and mobile automation under the hood. What makes it really awesome is the easy setup and the simple interface that exists to interact with your applications.

If you want to learn why Webdriver IO rocks, take a read here.

This is the most popular way of using webdriverIO.

The test runner is basically a framework that makes test automation much easier. For example, here are some of the inherent advantages of using the test runner:

This is the one the version that you want to use. It comes with everything you need out of the box. There’s also webdriverio standalone that you can use but I don’t feel like it has much use.

How to get started

1.Create a new directory and navigate to that directory

2.Initialize a new NPM project with npm init -y . This will create a package.json file

If you don’t do this, when you go to do npm install no packages will actually be installed.

3. Install the command line interface npm install @wdio/cli. All the official WebdriverIO packages are namespaced under the @wdio scope

If you encounter any permissions errors here, you can try:

Or just set this globally for npm and it will stop complaining:

The CLI tool is a wrapper around the main webdriverIO functionality, we will work through the CLI.

Since @wdio/cli is a command-line utility, it’s setup to install to a special .bin folder inside our node_modules directory. This gives us two ways to run the utility:
$ ./node_modules/.bin/wdio
or
$ npx wdio

I’d like to bring to your attention that the ** and * in the path is called a Glob pattern. That’s a convention used to define where multiple files are at.
The ** section says to look in all the sub-folders for files, if we later organize our tests by feature (say we add a login or checkout folder) WebdriverIO will know to look in those subfolders as well as the main test/specs folder.
The * portion in *.js matches any file that ends with a .js extension. It will match test.js and login.js but not test.txt or just login.

1.Create a new folder for our tests mkdir -p ./test/specs

First, when we setup the webdriverIO test runner, we specified the location of all of tests in the wdio.conf.js. So, any tests that we put inside the spec folder will be executed. This is the configuration in the file.

Now we have the folder for our tests. Let’s actually add a test:

3. Add this code to the example.js file

Note: Make sure that you have the appropriate browser installed. In the previous examples, we installed Chrome. Hence, if that’s what you have then set that in the wdio.conf.js because the default is Firefox.

There are three parts. First, the wdio command. Then any number of options. And finally, an optional path to a configuration file.

How to run tests in a single file

This will run a single test from the login.spec.js using the config wdio.android.rdc.conf.js

You can also do something like this and add logging, or any number of other options

This is the file that controls all of the configurations for webdriver io.

How to point wdio.conf.js to a test file

You can dynamically set your application URL through command line. Or any other variable of course.

Run tests in a single file

This will run a single test from the login.spec.js using the config wdio.android.rdc.conf.js

Using these scripts, we can make testing easier.

For example, we can update package.json

If you want to add command line parameters to the scripts, you need to prefix them with -- like this npm test -- --logLevel=info

However, if you want to change environment variables, do just like before:

How to run cross-platform with webdriver io?

Add this to your wdio.conf.js

One of the biggest pains in my butt has been Cucumber for test automation. It simply makes life for automation engineers so much harder.

Regardless, here are my notes on how to use it:

How to run a single Cucumber feature file

You can use the code from this repo for webdriverio v4 implementation.

You can add a browser.debug(); command anywhere in your test code and the execution will stop there.

At some point, the debug point will time out so that our test isn’t hanging for too long. In debugging of course, we want to have this timeout be longer…

We can change that and it’s based on the testing framework that you are using.

We can update the timeout either using the mocha.opts file or via command line.

For WebriverIO, the settings are actually in the wdio.conf.js file. So we can just change them there. The timeout setting is in ms.

You can imagine that it’s a bit annoying to keep changing these values. Especially, when you forget to change it back in production, potentially leaving your tests to hang.

There’s documentation on how to do this dynamically from WebdriverIO here.

Here’s an example of how to do this:

Honestly, I’m not really sure on the point of the standalone implementation of WebdriverIO. I learned it and then never used it.

You might just want to ignore this documentation. But if you need it, it’s here.

How to install WebdriverIO

2. Install the resources from the server sudo selenium-standalone install

3. To start the server, you can run selenium-standalone start. Make sure to do this in a separate Terminal window

You know that you succeeded if you can hit this URL: http://localhost:4444/wd : and see something like this.

How to run webdriverIO test with selenium-standalone?

1. In your terminal with wdio-standalone installed, run node test.js. This will tell Node.js to run the test.js file.

If successful, you will see a chrome browser come up quickly and you will see some commands logged that look like this

How to run webdriverIO with chromedriver?

Chromedriver uses port 9515 to listen for commands to come through. That’s a bit different from Selenium server that runs on port 4444.

This is the default configuration that runs on selenium server.

To update it to use chromedriver, change the configuration to this:

Now, you will want to install and run chromedriver below…

How to install and run chromedriver

2. Run chromedriver in a separate terminal window by running chromedriver command. This is what success looks like:

You can also hit http://localhost:9515/ and make sure that you get back a response. That will tell you if chromedriver is running or not.

How to run a webdriverIO test on chromedriver?

2.Execute node test.js to run your tests on Chrome

2. Navigate to the directory of the repo cd webdriver-io-course-content

3. Run npm install to download all of the dependencies

4. Run npm start which will start the application on your local environment

5. Go to one of the URLs to see the website running

This is an issue with write permissions to your disk. If you see these kinds of errors, simply run the command with sudo.

Run this command instead that I got from here:

The package.json file has this configuration that tells us which commands to execute for which scenario. If we want to run on Sauce Labs, the command we use is the one below: